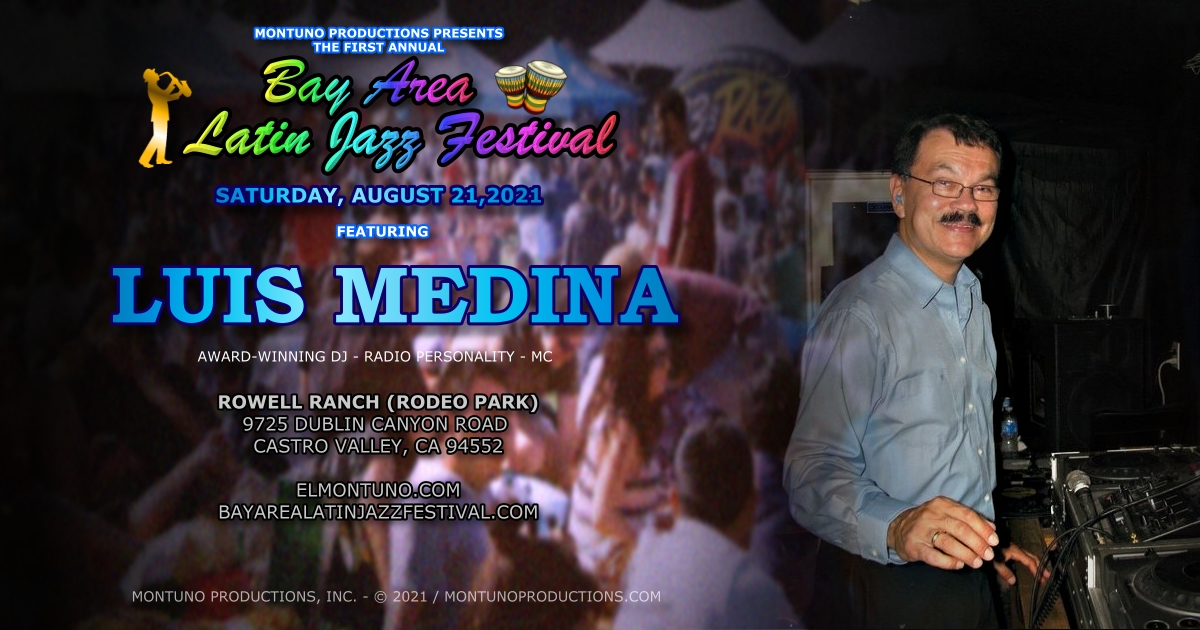 Luis Medina is a recognized event producer, and radio broadcaster since 1974. His commitment to bringing Latin music to the public inspired his involvement at a young age with community organizations Centro De Cambio and Mission Cultural Center, in the neighborhood where he was born and raised. There he helped organize the earliest large scale street fairs in 1975 and indoor salsa concerts in 1977.

He continued his involvement with the community through the production of major events like Carnaval SF and the 24th Street Festival De Las Americas among others. He was also responsible for increasing the presence of Latin music in SF State University during his tenure as co-director of University Productions in 1975. (Read more about Luis’ career as an event producer.)

It was this passion for music that drove him to study Broadcast and Communications at SF State University. He landed his first radio show in 1974, and he’s been sharing his encyclopedic knowledge of musical history and his impeccable taste with his listeners ever since.

Nowadays you can find him on his program Con Sabor, Sat 9-11pm at KPFA Radio, 94.1 FM, spinning the best in salsa, Latin Jazz, Afro-Cuban and Afro-Caribbean music, and featuring in-depth interviews with major Latin stars and local musicians.

Luis also served for 13 years as Music Director at KPFA, where his eclectic taste guided his picks for the station’s on-air library. He also managed over 100 staff broadcasters who spin all types of music, from folk, to rock, to hip hop, to world, to classical, to jazz and more. (Read more about Luis’ broadcast career.)

In the early 90s Luis branched out as a club and private DJ, and quickly became hooked to the pleasure of reading a crowd and making them happy through explosive mixes that kept the dance floor smoking. Although Luis’s specialty is Latin music, his vast musical knowledge includes many genres, and he has DJ’d for private parties and events with very varied themes, from Top 40, to rock, to music from a particular era, such as the 80s. (Read testimonials about his DJ’ing and contact him for your next event.)

Luis has been a major force in the SF/Bay Area as an ambassador and supporter of Latin music, and his work has been recognized with numerous awards, including a Certificate of Recognition for many contributions to Latin Music in Radio by the California State Legislature, the Certificate Of Honor for many contributions to Latin Music in Radio and Media by the City and County of San Francisco from then Mayor Gavin Newsom in 2010 and the lifetime achievement award for Latin Music Promotions at the 2001 SF International Salsa Congress.